The HSJAA advisors expect strict adherence to the following rules by all contestants. In the event of an emergency, please call 911 first and then notify the tournament director.

2. PARTICIPATION AND ELIGIBILITY • Participation is open to all students attending grade school providing that the student is passing and any 12th grade student does not turn 18 before September 1st of their senior year. All tournaments are individual format but 4 anglers are allowed to fish on the same boat with one captain. Contestants are required to follow all applicable federal, state and local regulations and laws. Any violation of such regulations and laws may result in disqualification from the tournament. There is no limit to the number of students accepted from each school or club. Any special circumstances must be approved by the tournament director. Tournament officials reserve the right to reject any application to fish for any reason whatsoever. Eligible angler is a student passing ALL classes under UIL guidelines and in good standing with their respective school district Students are required to participate with the school that they attend. If your school does not have a fishing club you may fish without school representation you may fish as an individual.

3. PURCHASING OF INFORMATION • The purchasing of, or bartering for, information about locating or catching fish on tournament waters, including but not limited to GPS way points (other than through commercially available sources) and the hiring of fishing guide services not permitted by contestants or coaches within 15 days of any tournament. Violation of this rule may result in disqualification.

5. REGISTRATION AND CAPTAINS MEETING • Registration may be done online or at the captains meeting. Registration deadlines will be set per tournament. Entry fees will vary by tournament and division.

7. SPORTSMANSHIP: HSJAA Tournament participants are expected to follow the highest standards of sportsmanship, courtesy and ethics. Unsportsmanlike and unethical conduct will result in disqualification (at the tournament committee's discrection). Conduct not complying with these standards includes, but is not limited to, the following:

• Violation of or failure to comply with any of the rules for the 2015-2016 High School Fishing season.

• Consumption and/or possession of alcoholic beverages or any kind of mind-altering substance during registration, the pretournament meeting or during tournament hours extending through the weigh-in procedure.

• Abuse of, or addiction to, mind-altering substances.

• Conviction of a felony within the past 36 months.

• Suspension/disqualification, probation or ban from any tournament or fishing organization.

• Any other words, conduct or actions reflecting unfavorably upon efforts to promote safety, sportsmanship, fair competition and compliance with tournament rules, or which fail to comply with the standards set forth in the first sentence of paragraph 8.

8. BOAT OPERATION •To qualify as a boat captain, the person accompanying a team must be at least 21 years old, have not guided on the tournament waters in past 90 days, or fished a tournament with an entry fee of more than $500 or more within the last calendar year. Anyone wishing to be considered boat captain that has paid more than this amount to enter a tournament within the past calendar year must be approved by the tournament director. The contestants may operate the trolling motor. Captains may provide assistance, including information about locating and catching fish, and are permitted to fish, but all fish caught must be released and will in no way contribute to the team’s total weight. The use of mobile communication devices may only be used by the boat captains but not for the purposes of sharing fishing information during the tournament. Students may assist in unloading and loading boats.

9. BOAT AND HORSEPOWER REGULATION • All boats must be propeller-driven and a minimum of 16 feet in length. Each boat must have all required U.S. Coast Guard safety equipment. Boats must contain a properly aerated live well space to maintain alive a limit catch. Maximum horsepower for all outboards is 250 horsepower, not to exceed the horsepower capacity set forth on the “Maximum Capacities” placard described below. Each boat must have a clearly legible “Maximum Capacities” (or comparably titled) placard that includes a maximum horsepower rating affixed to the boat by the manufacturer. The horsepower of the outboard engine must not exceed the maximum horsepower capacity specified on this placard or the 250-horsepower maximum set by these rules. By signing the entry form, contestants and coaches agree to submit their boat and/or motor to an inspection by tournament officials. Falsifying information on entry forms or altering the horsepower numbers on the motor or rating placard will be cause for disqualification from the tournament and may result in ineligibility to compete in future HSJAA Fishing tournaments. Fishing platforms must be factory-installed equipment. No portable platforms may be used in tournament competition. Fuel may be carried only in factory-installed (built-in) fuel tanks or auxiliary fuel tanks that are securely strapped or otherwise fastened to the boat. Any additional fuel used during the tournament day must be purchased from a retail facility open to the public and pumped through a hose with a nozzle.

10. PERMITTED FISHING METHODS • Fishing is defined as having a lure attached to a line and a rod and reel with the lure in the water. All Fish must be caught aliveor dead (depending on the tournament format you are fishing) in a conventional sporting manner. Only artificial lures may be used in artificial lure tournaments and live, dead, artifical or prepared baits may be used in open bait tournaments. Only ONE fishing rod per contestant may be used at a time.

11. PERMITTED FISHING TOURNAMENT WATERS • Contestants may fish in any inshore public water accessible by boat. "Inshore" for this series is defined as the navigable, tide consumable coastal waters, bays, rivers, and wetlands, extending to the inside of the passes to The Gulf of Mexico. Contestants may not fish beyond the furthest point of a pass extending into the Gulf of Mexico.

Contestants may launch from anywhere at safe light the morning of the tournament.

Participants are not allowed to fish within 150 feet (50 yards) of another anchored boat or wade fisherman unless they are invited in by them. An anchored boat is a boat held in a stable position by an anchor, a weight, push pole, Power Pole, or other "anchoring" mechanism with the trolling motor in the up position. If a contestant invites another contestant into the inviting 50-yard area, any tournament participant is also allowed within the waived area. Range finder and picture of boat behind range finder best way to bring this sort of protest to light. The boat anchored in an area first has the right to 150 feet radius of the area. If the boat does not have a trolling motor the definition of anchored still applies.

12. BOATING AND WADING RULES • Anglers may fish with a captain and up to 4 anlgers per boat max. If wading you may not break up or drop off to other areas more than one half (1/2) mile of their boat. No other tournament boat may impede the wade or drift of another tournament boat or wade fisherman within 100 yards without the consent or permission of that particular contestant. The tournament committee will rule on such cases of misconduct and could result in permanent disqualification from the tournament series.

13. LATE PENALTY • Teams that are not at the designated wiegh station at the appointed time will be disqualified for that tournament.

14. LIVE FISH • Every effort must be made to keep fish alive through the use of a properly aerated live well. Four ounces (1/2 lb) will be deducted from the total weight for each dead fish presented for weigh-in.

15. SCORING • Scoring is determined by the final weight of each contestants catch during each tournament. The tournament limit is 2 Redsfish 20" to 28" for the redish tournament. 2 flounder over 14" in the flounder tournament, and 3 Speckled Trout over 15" (your trout stringer may only have one trout over 25"). Possessing more than the tournament limit will have their catch to that point in the day disqualified and, time permitting, are eligible for a restart from the takeoff location. Any team possessing more than the alotted fish at weigh in will be disqualified immediately. Each contestants catch must be presented in a weigh-in bag. The winning team is determined by the day’s heaviest catch.

17. LOGO DISPLAY AND TELEVISION COVERAGE • Contestants and captains may wear their own shirts or jerseys during Tournaments. Tournament officials reserve the right, in their sole discretion, to prohibit any contestant or captain's shirt or jersey found to be offensive. All decisions are in HSJAA advisors sole discretion.

18. ALCOHOL AND TOBACCO • During all days of competition, any and all alcohol and tobacco logos are prohibited and may not be worn or displayed. Contestants may not smoke or use tobacco products during tournament hours, including weigh-in at any event. Students caught in violation of these rules will be disqualified immediately.

19. TRUTH VERIFICATION TEST • Each contestant and captain agrees to submit, by signature on the tournament entry form, to a polygraph or voice stress analysis examination and to abide by its conclusion. Failure to pass an examination will result in disqualification from the tournament. Truth verification tests will be used at the sole discretion of tournament officials, and the determination of the meaning of the results will be made solely by tournament officials.

20. INSURANCE • Liability insurance with coverage of $300,000 or more is required on all boats used in all tournaments. Proof of insurance must be with the boat being used and must cover all passengers in the boat. Random checks will be conducted. Failure to provide proof of insurance when requested by the tournament director may result in disqualification.

21. CUMULATIVE SEASON POINTS * Points will be awarded to teams based on position of finish and participation weight for that tournament. Examples- 1st place – 100 pts overall ..2nd place- 80 pts overall. Participating teams not weighing a fish will receive 10 points based on the finishing position of the last place team which weighed a fish. All points are subject to change based on the number of teams participating in the tournament. Above examples are based on a 100 contestants.

23. RIGHT OF REFUSAL * The HSJAA Hook Spit Junior Angler Assn. reserves the right to refuse entry into our tournaments to anyone. The tournament director has final say in all matters concerning rules interpretation or any extenuating or unforeseen circumstances which may arise during any tournament hosted by the HSJAA. 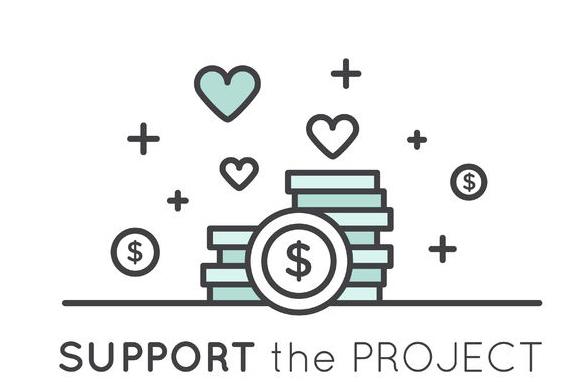 Please consider sponsoring us in our upcoming season.

HSJAA is a 501c3 Non-Profit Organization 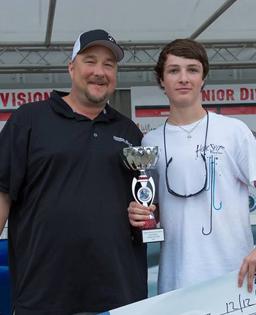 The Hook Spit Junior Angler Association (HSJAA) is a 501c3 non-profit organization formed to promote health and education through the sport of fishing.

We value all of our sponsors. If you are interested in sponsoring us please visit the "Become A Sponsor" page found at the bottom of this page. 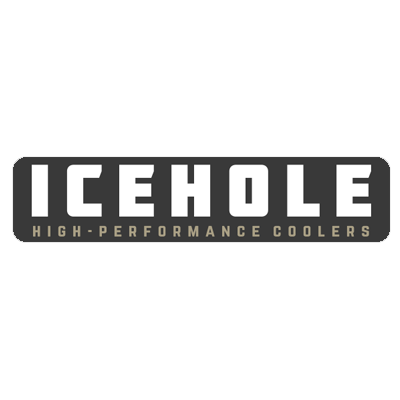 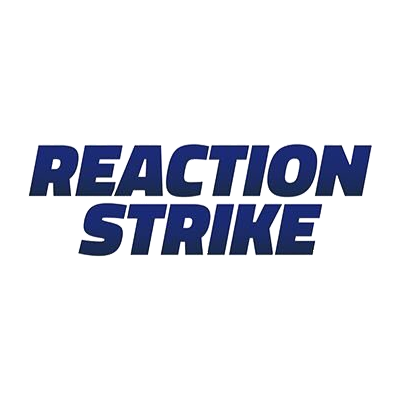 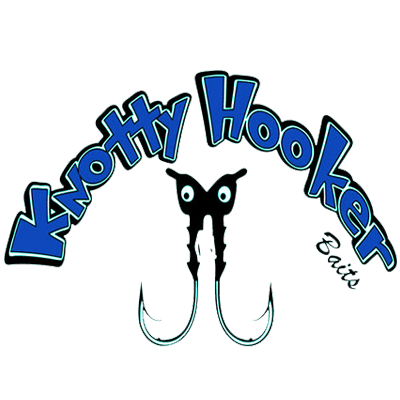 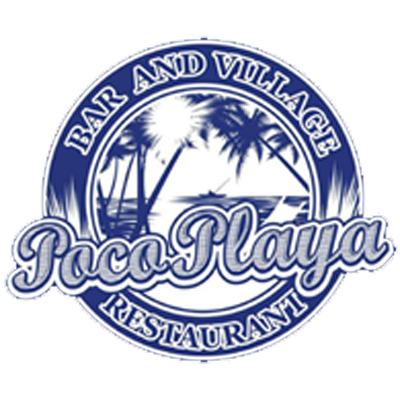 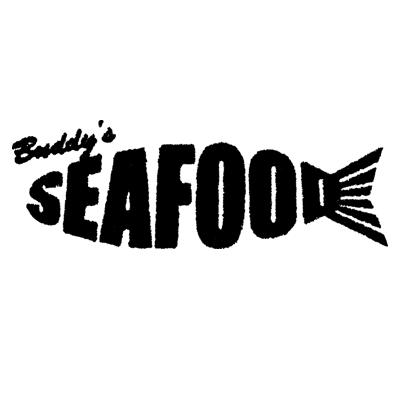 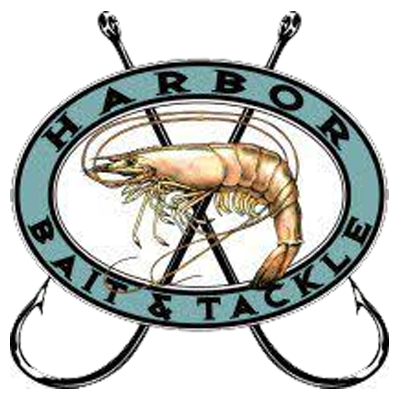 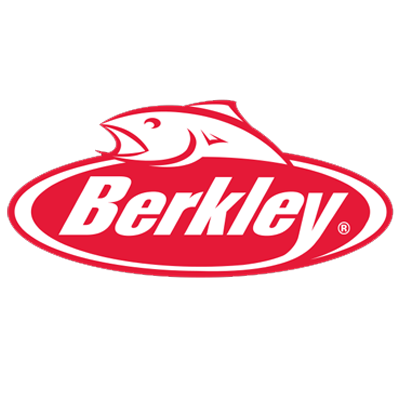